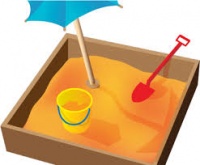 VancoSense is a team competing in Sensus 2018, its university is the KU Leuven. For Sensus 2018, VancoSense investigated the possibilities for creating a biosensor which is able to measure the concentration of Vancomycin. The full TRD can be found via this link

The vancomyocin is bound by its own reaction against D-ala-D-ala motif in a peptide that is bound to a carbon nanotube, which in turn is bound to the electrode surface.

The sample is first mixed with an equal volume of methanol, which releases the vancomyocin bound by HSA. After this the sample is diluted with 3 volumes of PBS, reaching a dilution of 1/5. A 30 ul v drop is then pipetted onto the cartrige, which is then placed in the biosenor.

The user interacts with the device using a touchscreen, which displays the output of the device. The user can also start and stop measurements with the touchscreen and export data.